Blast from the Past: #Kscope16 #Chicago #Roaring20s

Have you started counting down? I have!

This year, our talented and hard-working ODTUG Board of Directors and Kscope Committee bring us to Chicago, one of the most entertaining cities in the world known for putting the roar in The Roaring Twenties. The theme for this year’s Wednesday night Special Event Sponsored by Titanium Sponsor interRel Consulting will take us back to the 20s, and I can hardly wait! 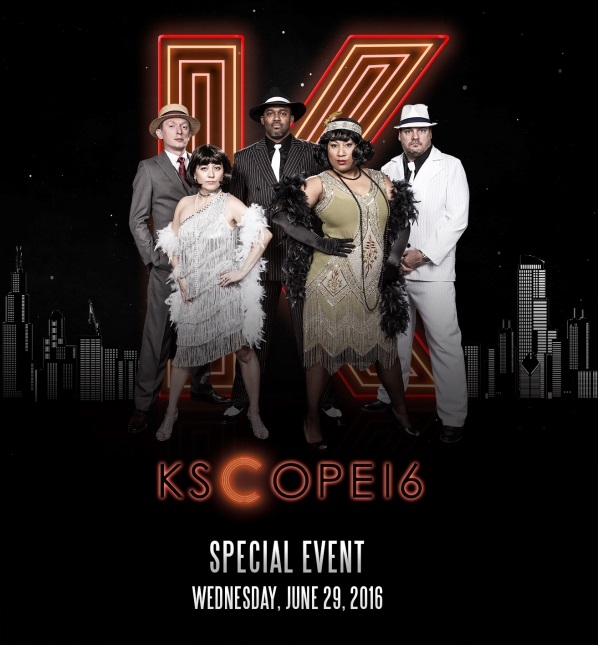 Why The Roaring Twenties?
Why not?

Medicine and Technological Development
This was the time after WWI, the American economy was flourishing. This was a time of new inventions, Henry Ford’s first automobile – the T model, the radio, refrigerators, washing machines, vacuums, televisions, the Tommy gun and more. Science and medicine also advanced drastically in the 1920s, new immunizations were introduced helping to reduce deaths by diphtheria. Vitamins and the health benefits were also discovered during this time, insulin invented by Sir Fredrick Grant Banting, Philip Drinker invented an iron lung to help those who can’t breathe by using water pressure, Band-Aids were invented, Alexander Fleming discovered Penicillin and the list goes on. The 1920s brought us many great developments in medicine and technology.

Art, Fashion, and Flappers
This is an era which also introduced new art, design, and architecture including skyscrapers. Woman’s fashion changed drastically, dresses were more glamorous, material more expensive, gloves and pearls, accessories were a must. Some young women, known as Flappers, started hiking up their hem lines and wearing makeup in response to a boost of confidence and new found sense of freedom after the passing of the 19th amendment in 1920, giving women the right to vote. Flappers were rebellious against the old matriarch ways as during this time, proper young ladies still had to be chaperoned on dates and dependent on their father or husband. Women were not treated as equals, not afforded the same opportunities and paid significantly less than men.

How can you tell a flapper apart from a properly brought up young lady? I’m sure it was not just the “paint on her face” or the shorter dress, but maybe the “unladylike” words spewing from her mouth, which smelled of cigarettes.

Back to fashion: Men’s fashion did not change too much; fancier shoes and fedoras were added to their wardrobe, which consisted mainly of suits or casual shirts and slacks. A well-dressed woman was their finest accessory. People had money to spend! Unemployment was low, wages were increasing, and people from all classes found themselves with extra cash in their pockets.

Leisure and entertainment started to rapidly become heavily influenced by the greater freedom of young women. Young women? You guessed it: flappers! These were young women who hiked up their hemline, smoked cigarettes, consumed alcohol, and danced the Charleston. Due to the National Prohibition Act enforced in 1919, local dancing establishments which served alcohol began to shut down. Nightlife for the Flappers, drinkers and partygoers, however, was not interrupted despite Prohibition and the demise of the workingmen's saloon. Illegal drinking became an exciting middle-class pastime at speakeasies. When Mayor William Dever closed many clubs in the mid-1920s, roadhouses in Cicero, Stickney, and Burnham offering liquor and illegal activities replaced them.

The National Prohibition Act, also known as The Volstead Act: In 1919 the 18th amendment to the constitution was ratified, making it illegal to manufacture and distribute distilled spirits in the United States.

Way to go Anti Saloon League and Women's Christian Temperance Union; these groups formed a crusade against the consumption of alcohol and other practices they believed were immoral, the ratification to the 18th amendment was their first victory. Victory they say, the Prohibition Act created a demand, a demand for illegal services and an opportunity too lucrative to pass up, directly resulting in the rise of organized crime and bootleggers. To make matters worse, about 80 to 90 percent of Chicago’s police and government officials were on the Mob’s payroll. This was not just in Chicago but other big cities across the United States.

From coordinating the importation of alcohol and operating hundreds of breweries and distilleries in Chicago, private distribution, distributing to underground bars otherwise known as Speakeasies, Al Capone’s arrival to Chicago in 1920 ensured that no crave or thirst for liquor will go unsatisfied. It does not stop at international bootlegging with Al Capone or with bribery or labor racketeering but with gang wars, bloody streets and death by numbers, a Tommy Gun special, in many street wars. 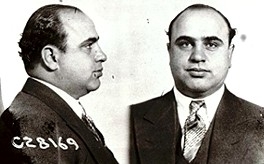 The Great Migration, Flourishing Economy, Prohibition and the Jazz Age
“Gone were the boardwalks, swinging doors, spittoons, and mustache towels of the saloon era, as speakeasies disguised themselves in numerous creative ways. Generally before a thirsty patron could cross the illegal threshold, a password, specific handshake or secret knock was required. Gone also were the tinkling sounds of the player piano and dance hall girls, as Prohibition ushered in the age of Jazz. With stiff competition from numerous establishments, many of the speakeasies provided music for their patrons and hundreds of jazz musicians easily found work. And, where there is dancing, there will be women."
http://www.legendsofamerica.com/ah-prohibitionspeakeasy.html

In 1917, The Chicago Defender, a Chicago-based newspaper founded in 1905 primarily for African-American readers, promotes a better life in the North. Failing crops and discrimination in the South left many looking for work, a safe place to call home and peace. Ads in the Chicago Defender gave hope to those looking for a better life up North, WWI demand for workers in Chicago factory jobs, paying decent money.  Part of this mass movement of African-Americans from South to North, came to be known as “The Great Migration.”  Jazz musicians migrated North for the same reasons, a better life and more opportunity.

Between 1916 and the late 1920s, around 75,000 Southern immigrants arrived to the South Side of Chicago, including musicians.  Musicians were drawn to the economic and entertainment district of the South Side “The Stroll”, where an unprecedented amount of jazz talent was assembled. The rich musical scene on The Stroll inspired musicians from all over town; it was not unusual for white musicians from the North to head south to see who they could pick up. Famous Musicians such as Gene Krupa, Eddie Condon, Dave Tough, and Muggsy Spanier appeared regularly at these Southside clubs for musical lessons.

Jazz, ragtime, and old blues became very popular in the Roaring Twenties and Chicago was considered the Heart of Jazz, due in part to all of the talented and musical stylings of Goodman, Armstrong, Oliver, and others.

I am looking forward to the musical entertainment at this year’s event. Personally, I am hoping for some jazz and blues in the mix. 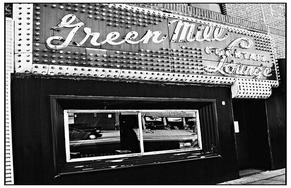 Kscope in Chicago and The Roaring Twenties Special Event
Flapper dressers, pin stripe suits and fedoras are in order.

“Ladies, get your flapper dresses, feather boas and pearls; gentlemen break out your pin stripe suites and fedoras. Our Conference Committee wants you to dress to impress! We can't wait to see you in your Chicago and Great Gatsby best! You’ll be the Bee’s Knees, the Cat’s Meow, and the Berries”!

Do you have your outfits ready? Let’s have some fun after volunteering, booth duty, speaking, and sessions. 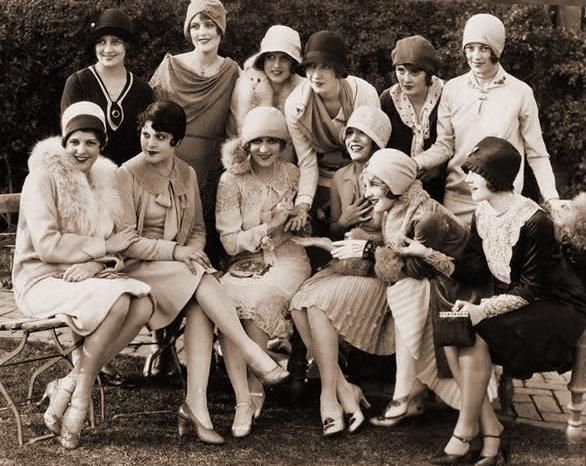 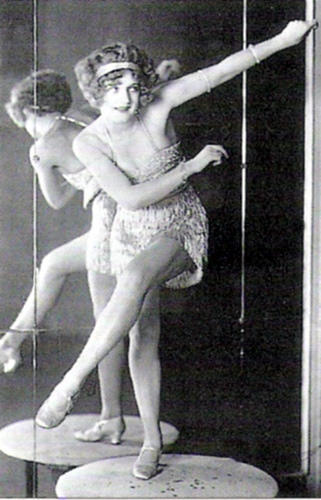 Maybe you wish to look like the most famous man in the world, Charlie Chaplin?

Or you think you’re gangster? 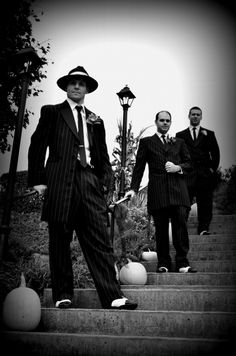 Today’s Speakeasies in Chicago
Have you ever been to a speakeasy? I have been to two, one in Tampa, Florida, called Ciro’s, and the other in Orlando, Florida, called the Hansen’s Shoe Repair. These two fine establishments do a fantastic job at giving a speakeasy-type experience. Both locations were kind of hidden, required a password to get in the door; the ambience offered very dim lighting and interesting décor, house rules, and well-prepared old-fashioned cocktails (my favorite was a Rob Roy, d-e-licious). Hansen’s had live jazz music, which was AWESOME!

Are you interested in visiting a speakeasy while visiting Chicago? I’m sure you can pull up a search yourself, but I have provided some links below to get you started. The Library looks like a nice place to visit.

My favorite way to find any good place is TripAdvisor or Yelp; sort by highest rating, and always pay attention to the number of people rating the place as well: http://www.yelp.com/search?find_desc=Speakeasy+Bars&find_loc=Chicago,+IL&start=0&sortby=rating

This site gives you a list of secret bars and how to get in: https://www.thrillist.com/drink/chicago/how-to-get-into-secret-bars-in-chicago

Zagat-rated? Sure. Honestly, the Guilt Bar is #1 on my list. I’m definitely stopping by: https://www.zagat.com/b/chicago/5-hidden-watering-holes-in-chicago

Rated by a local: 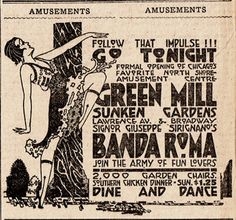