After a brief rest post-Kaleidoscope 2010, I’ve decided to start posting entries again to my blog. I’d like to relate some of the things that happened during that busy week.

Saturday, June 26, the day before the official start of ODTUG Kaleidoscope, many ODTUGgers took part in the third annual Community Service Day. This time, our warriors took on Ron Brown Middle School. Landscaping, library work, and painting a playground were among the tasks our team took on. Not only were they working on the school, but they were also fighting the heat of Washington, DC. June 2010 was one of the hottest on record. The team worked for a half day, and while I only have a picture showing the end result of their efforts on the playground, rest assured that ODTUG made a difference this day in DC. 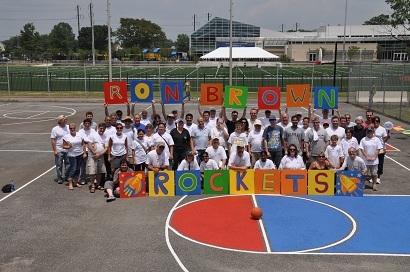 (Credit goes to Warren Capps for the preceding picture. I erroneously left out the credit on my original post. Warren is not only a long time ODTUG friend and presenter, but he also is our official photographer and has many memorable pictures from this as well as many other Kaleidoscope conferences in the past – Warren, you have my sincere apologies for not putting you in the credits in the original post!)

Also, Warren also created a wonderful video of the community service day. You can watch it here.

If you like Warren’s photo or video, drop him a line, or leave a comment on this blog. I’ll make sure and get word to Warren!

After having some pizza for lunch, the gang came back to the hotel via Metro, with just enough time to take a quick shower and head to the lobby to watch the US in the World Cup game. The World Cup ended up being just one of the many interesting networking opportunities to be found during the conference. Not only was the game shown in the lobby and bar of the hotel, ODTUG made sure we had games being shown in three different locations: our main registration desk, downstairs outside the Washington rooms, and then in the exhibit hall on large screens. The ODTUG Board sported light blue soccer jerseys, speakers got to wear dark blue soccer jerseys, and the conference committee had bright orange jerseys to wear. 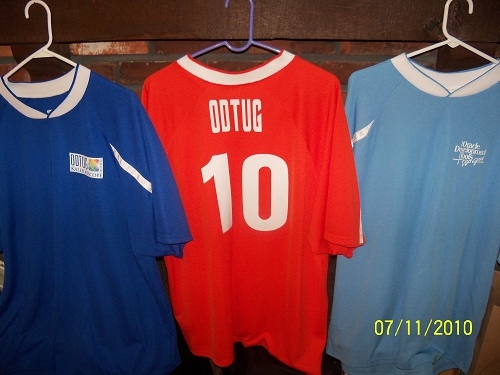 I’ll post more in the coming days about things that happened at ODTUG Kaleidoscope. However, with the success of this year’s conference, we’ve decided to open up registration for next year’s conference at this time. We already have several paid registrations, and paper submissions are already being submitted for presentations. I hope you’re making plans to be at Kscope 11, in Long Beach, California next June.

For some pictures from ODTUG Kaleidoscope 2010, Markus Eisele took some great photos, and these are available on flickr with the following URL:http://www.flickr.com/photos/myfear/sets/72157624362673042/

For O...
Why You Should Submit an Abstract in the Analytics and Machine Learning Track at ODTUG Kscope23

For ODTUG Kscope23, we are putting an enhanced emphasis on the role of analytics in the success of each of our member organizations. We are looking for sessions focused ...